Huawei teamed up with a prominent Dutch designer named Iris Van Herpen to come up with the P50 Pocket design. The rear design of the Huawei P50 Pocket is diamond-shaped that looks elegant and attractive. The dimensions of the phone are 7 inches high. , 2mm thick. when stretched. And when folded up to 15.2mm. Huawei claims to weigh up to 190 grams.

The Huawei P50 Pocket comes with a small external display. The screen is only 1.04 inches with a resolution of 340 x 340 that will display information such as notifications, date and time, up to selfies when using the rear camera.

Thus, the main screen or interior when presented has a diagonal of 6.9 inches with an aspect ratio of 21:9 and a screen density of up to a density of 442 PPI pixels. The screen also supports a refresh rate of up to 120 Hz and a touch sampling rate of 300 Hz.

On the photography side, the P50 Pocket is equipped with three cameras consisting of a 40 MP (26mm, f/1.8) main camera and a 13 MP ultra-wide camera (13mm macro shooting, f/2.2, 120-degree field of view). There is a hole or hole for the camera in the screen that accommodates a sensor resolution of 10.7 MP. The hole for the camera is right at the top of the screen.

There is also a 32MP (30mm, f/1.8) Ultra Spectrum camera juxtaposed with a Multi-Spectrum sensor and an Ultra Spectrum illuminator. Ultra Spectrum technology is one of the advantages offered by Huawei folding. Huawei’s foldable P50 Pocket is capable of producing excellent images, capturing the small details contained within objects, while helping the device to take sharp photos even in dim light environments. The Huawei P50 Pocket also has an ultra-spectrum fluorescence photography mode that can capture details that can’t be seen with the naked eye.

Interestingly, the specifications of Huawei’s Ultra Spectrum Folding camera are also able to detect whether the user has used sunscreen evenly or if the user has removed makeup. Huawei P50 Pocket is equipped with a Snapdragon 888 chip with two combinations of RAM and storage memory, namely 8 GB / 256 GB and 12 GB / 512 GB. The Huawei P50 Pocket’s battery capacity is slightly higher. , or 4000 mAh.Huawei P50 Pocket offers Black, Diamond White and Premium Gold Edition colors quoted from Gizmochina.

Huawei’s signature operating system, Harmony OS, runs on the Huawei Fold P50 Pocket. As it turns out, the Huawei P50 Pocket has not equipped with Google (Google Mobile Services/GMS) services and applications like other Huawei phones.

On Huawei AppGallery, Huawei users can download apps such as from the Google Play Store. Other specifications of this phone include 4G network connectivity, WiFi 6, dual SIM, Bluetooth 5.2 and fingerprint sensor located simultaneously on the power button.

Currently Huawei P50 Pocket has started to be marketed in China at a price of 8,988 yuan (approximately Rp 20 million) for the 8 GB / 256 GB variant. As for the Huawei P50 Pocket Premium Gold Edition 12 GB variant / 512GB memory configuration, priced at 10,988 Yuan (approximately Rp 24.4 million) It is not yet clear whether Huawei intends to sell this second foldable phone outside the Chinese market or not. 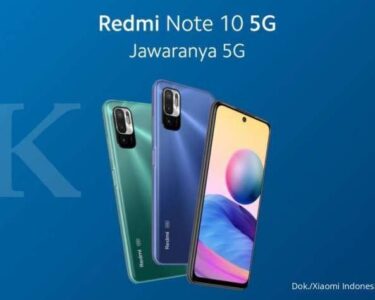