As per rumors, that HMD Global will spawn their latest smartphone under the name Nokia C20 Plus.

And now, the rumored smartphone has appeared on benchmarking site Geekbench by preaching the spsification that will be carried by this device. 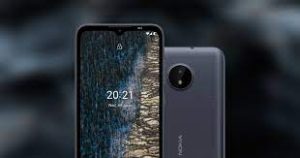 As reported by MySmartPrice, on Tuesday (05/26/2021) the latest Nokia C20 Plus smartphone and data from Geekbench provide information that this smartphone uses a Unisoc processor with four cores clocked at 1.20GHz, and four other cores running at 1.60GHz.

Furthermore, the smartphone scored 126 and 476 in Geekbench's single-core and multi-core tests. Apparently, this phone will be equipped with Unisoc SC9863A chipset, the prossesor of the Nokia C20 handset.

In addition to having a lot of RAM. The Nokia C20 Plus also seems to come with a larger battery than the C20. Recent leaks claim that the C20 Plus will be given a 5,000mAh battery, and the C20 has a battery size of 3,000mAh.

Meanwhile, there is also speculation that the Plus edition will be given a dual rear camera. By comparison, the C20 has one 5MP rear camera. 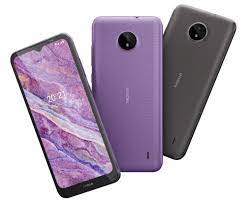 Also Read: Is This the Best SmartPhone of 2021?

As information was found in the past month, the Finnish company has announced many Nokia phones such as Nokia G10, Nokia G20, Nokia C10, and Nokia C20. The Nokia C20 Plus moniker suggests that it will be a more reliable version of the C20.

Then, another rumor informs that Nokia is also working on a smartphone called Nokia C30.

To date, the issue has revealed that it will come with a battery capacity of 6,000 mAh, equipped with a dual camera, and a fingerprint sensor on the back of the smartphone. It is estimated that the price is below €100.