Officially, This Is the Specifications and Price of Poco X3 GT Indonesia

Home - Hardware - Smartphone - Pocophone - Officially, This Is the Specifications and Price of Poco X3 GT Indonesia

Also this mid-range phone comes with equipping some of the latest premium features, starting with chipsets, screens, cameras, and others.

Poco X3 GT comes with an IPS screen with a size of 6.6 inches.

Poco X3 GT is the first Poco phone that carries the latest scratch-resistant from Gorilla Glass. And one important thing that is seen in the smartphone is the MediaTek Dimensity 1100 processor that comes with dual SIM 5G support.

The data shows the 5,000 mAh battery capability with 67W Turbo charging, an important 64MP camera, and two Dolby Atmos speakers. The official Mobile webpage of the POCO X3 GT also shows the road feature in MIUI 12.5 based on Android 11 OS.

This feature has 8GB of RAM as well as 128/256GB of internal storage that utilizes the UFS 3.1 pattern. And Poco X3 GT runs the operating mechanism (OS) on Android 11 with MIUI 12.5 interface. Some of the other features that are provided include NFC. Biometric finger scanners on the side of the phone, Bluetooth 5.2, and Wi-Fi 802.11 a/b/g/n/ac/6

Head of Marketing poco Indonesia, Andi Renreng, explained, POCO X3 GT is given the latest flagship-level chipset from MediaTek, Dimensity 1100. This chip has the first 6nm CPU in the ROW of POCO smartphones. Also included is the POCO X3 Pro which was launched earlier this year, performing, power effectiveness and better connections.

"The chip is accompanied by 8 GB of RAM and has a choice of 128 GB and 256 GB of storage memory," he said. He explained in a virtual launch event, Thursday, August 19, 2021. POCO also adds a virtual expandable RAM feature worth 2 GB. That ability makes poco can run several applications at the same time without worrying about force close.

"This phone comes with the tagline Go Turbo with 5G which has high speed in terms of performance," said Andi.

The screen already FHD + has a size of 6.6 inches with the shape of DotDisplay. Then and said responsive because of flagship-level 120Hz refresh rate and 240Hz touch sampling rate. This DynamicSwitch feature from 30Hz to 120Hz automatically adjusts the screen refresh rate option without having to consume a lot of power. 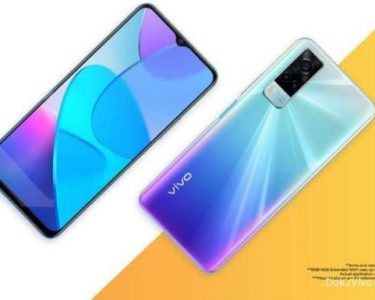