Huawei MatePad 11 is introduced in Indonesia. This tablet is an early tablet that uses Huawei's new OS with HarmonyOS 2 support.

Patrick Ru, Country Head of Huawei Consumer Business Group Indonesia stated. Huawei's argument brings huawei MatePad 11 which is a tablet flavored PC. According to him, usually buy a tablet for work purposes, but then the device is used to enjoy videos. Because according to Patrick, it is caused that the size is not as portable as mobile-phone. But the performance isn't as hard as the PC." Because we're trying to overcome that kind of thing by bringing in matePad 11. Tablets that are expected to be a driver of daily production with the experience of using a tablet like a PC. "said Patrick in the launch that was launched via virtual in Jakarta, (05/08/2021). It's not just the first tablet with HarmonyOS 2 support. Huawei tabs that already use HarmonyOS at huawei tab prices that you can see on your favorite E-eommerce store

Huawei MatePad 11 is huawei's first tablet that supports a refresh rate of 120 Hz. Then refer to the refresh rate that increases higher in comparison to some tablets on the market. Although with refresh rate support, this tablet allows users to create the most sensitive handwriting input. The technology of frame rate adaptation in this product also gives him experience in using batteries that can last longer.

Huawei MatePad 11 tablet is planned to minimize exposure to blue light radiation and flicker because it can cause eye fatigue in the wearer. This tablet has been certified TÜV Rheinland Low Blue Light (Hardware Breakdown) as well as TÜV Rheinland Flicker Free.

Edy Supartono, Training Director of Huawei Consumer Business Group said, "Huawei's latest tablet introduces a new desktop design that presents data, especially in a regular and neat UI appearance. The latest appearance on the lower side dock can then present apps that are often used so that users can easily find quick access to their applications. The latest appearance on widget services can also present real-time data, and because it allows users to open certain apps without launching those apps.

Multi-screen collaboration is useful to connect tablets and PCs, then where it can peddle three styles that can be selected allowing the device to work together with new. Screen Mode allows users to project a PC monitor onto a tablet. Replacing the tablet into a drawing board that can be installed with Huawei M-Pencil (2nd Gen) to create sketches in quick time and soft calligraphic creations.

Then Create provides customer creation support with MatePad 11 Huawei worked together with Ibis Paint X in holding a wallpaper creation match in early August. Because it's not only good for painting, office employees can use Extend Gaya on the Huawei MatePad 11, get a 2nd monitor for PCs, and enjoy more monitor space to work.

Collaborate's innovative style allows for connections to pass through the actual base between HarmonyOS 2 and Windows. This allows users to transfer content such as text, images, and documents between devices that are intertwined just enough to drag and down simply.

Because the App Multiplier that has been raised allows two jobs to be moved separately in a program. This is helped by the latest window lock specifications that provide parallel and self-contained operation support across two windows. Furthermore, Huawei MatePad 11 brings a large quad-speaker quad-channel amplitude structure. HarmonyOS 2 Operating System that is in gadang can compete with Android produced by Google.Original Operating System from Huawei. HarmonyOS is planned as the next operating structure for smart tools, ranging from smartphones, tablets, to smartwatches.

HarmonyOS prepares a common language for a variety of devices so that they can be intertwined and synergize. It gives the wearer an increasingly comfortable, smooth, and safe experience.

Because HarmonyOS uses a divided technology to fulfill the various interests of all kinds of different devices in a structure. Then Create many developers, HarmonyOS allows the increase of bypassing the base and applied implementation across the device. Therefore, it makes the applied improvements in all devices simpler than the beginning. Because of the price and existence, Huawei MatePad 11 is priced at Rp 7,299,000. And customers can pre-order starting today until August 13, 2021. Because this product can be purchased online in the Huawei Official Store, and some Huawei e-commerce partners.

Here are some of the specifications of huawei Matepad 11 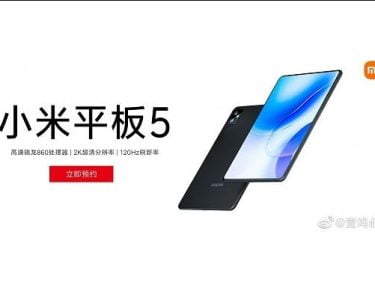