Are you an android user? Want to have a photoshoot something similar to an iPhone camera? Maybe you need to try an android camera app similar to the iPhone.

There is, huh? Of course! This is the answer when you want to get image quality like the iPhone shots. Moreover, all these applications you can download for free. Curious? Here’s the full list.

Rah!!! This android camera application that looks like an iPhone one deserves to be in the first place. When viewed on the Google Play Store, there are hardly any meaningful negative reviews for this app.

Naturally, the results of the photos that use this application look sharp and clean. This will certainly make your experience of taking pictures even more exciting. No need to buy an iPhone, but it can produce images of good quality.

The application released by Oranges Camera Studio is also quite light. You can not only use it on the front camera but also on the rear camera.

There are many features provided. These features are similar to those in iOS 14 or on the iPhone 12. Try using HD filters to make the photos you take natural and beautiful.

2. OS13 Camera App: Android camera is quite similar to iPhone

An app developer called Cool Launcher App Team released this application in 2018. Successful in the market, this iPhone-like Android camera app has been downloaded more than a million times with many positive reviews.

The reason is, that with good quality and complete features, the OS13 Camera application is only 32MB in size. You can enjoy the sensation of shooting quality photo objects just by downloading them for free on the Google Play Store.

Not only photos, the resulting video capture is also cool and impressive. When others see the results, maybe they don’t believe it if it is obtained from just an android phone.

As already, ZipoApps always releases applications that are not fake. One of them is Footej Camera 2 which is an android camera application that looks like an iPhone.

More than 1 million people have downloaded the app on the Google Play Store. Not without cause, because the interface of this application is convenient and easy to use. Anyone seems to be able to immediately get familiar with the first time.

Imagine, only through an android phone you can set the ISO manually, control the shutter speed, and many other advanced features. In both photos and videos, the results are guaranteed to be beautiful!

Starting from the moment of a family gathering to healing aka recreation to tourist attractions, it is a pity if it is not immortalized. But, the phone is still android and the camera is not good, what is the solution?

You can use an android camera app that looks like an iPhone. One of them is Cameringo Lite. Seriously, it’s a lightweight app and won’t make your memory full.

Although the size is small, the matter of features can be pitted. Cameringo Lite comes with many filters and interesting effects. Starting from lomo, retro, ultrawide, fisheye, and many more.

Or do you want to get a stereographic photo of the little planet? Can! You just need to install this app. But, make sure that your android operating system is at least 4.3 jelly bean.

If you search the Google Play Store or other app provider platforms, you’ll find thousands of android camera apps that look like iPhones. As a result, you are confused about which one is the most effective.

In order not to be dizzy choosing, try using the Protakes application. This is a prima donna camera application among vloggers and celebrities in Indonesia. In terms of appearance alone impressed premium so it’s no wonder that this application has been downloaded millions of times.

Not to mention the advanced features that Protake offer, most of which are not provided by other camera apps. For example, it features a frame rate option that can be adjusted to each photo or video resolution. Thus, you can save storage space and your phone can work lightly.

If the previous application tended to be more widely used by celebrities and vloggers, this is no less sophisticated. The reason is, that the FV-5 Lite Camera is reportedly one of the secrets of the beautiful images produced by photographers.

Photography lovers must have a special reason why choose this app to capture their best photos. The FV-5 Lite camera doesn’t just produce an image similar to the iPhone.

However, the completeness of the features offered makes someone who has just tried it will be addicted to this android application. There is exposure compensation, a white balance feature, to a clear focus mode.

Another surprise about this application is that it is only 5 MB in size. Full features with small sizes are a solution for your phone to keep operating smoothly, with no freeze.

Lastly, but certainly not the worst, is the OS12 camera application that produces no less good images than the iPhone camera. With the same developer, it looks like this app is an upgrade from the OS13 Camera app.

Here there are thousands of effects and filters that will beautify the results of the images you take. No need to buy Apple products such as iPhones but you can also experience similar photography.

Well, those of you who want to produce beautiful images like the iPhone now do not need to be inferior. A series of android camera applications similar to the iPhone above you can use as much as possible. Good luck!

How to compress photos on a cellphone or… 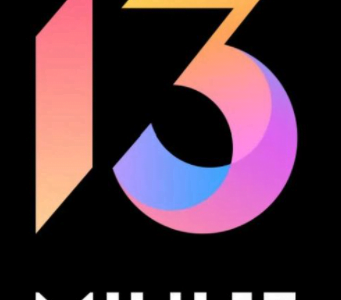